On November 9 2014, Catalonia will hold a referendum on independence. More than five million Catalans are called on to take part in this vote to decide their political future. Yet the Spanish government has vowed to stop this democratic expression of the will of the people of Catalonia.

On September 11 millions of Catalans will again show their determination to build a new state in Europe peacefully and democratically by forming a giant V along the two main avenues of Barcelona, Gran Via de les Corts Catalanes and Diagonal. This initiative will be the third big event organized by the Catalan National Assembly (ANC) after last year’s Catalan Way, when 2 million people made a 400-km human chain from north to south of Catalonia, and the 1.5-million-strong demonstration „Catalonia, New State in Europe“ in Barcelona in 2012. This year hundreds of thousands of Catalans and friends of Catalonia will form a V showing that we want and we will Vote to express our Will (Voluntat) for a democratic Way (Via) towards independence.

Like last year with the International Catalan Way, when we organized 126 human chains with over 10,000 participants, we want to go beyond our borders and multiply the V around the world, to reach out to everyone who is a friend of Catalonia and supports the right to decide our future freely and democratically. Between August 1 and September 11, more than 30 Catalan Foreign Assemblies of the ANC organize the campaign#votecatalonia, to form the V in many cities and towns around the world. The images recorded of these events will be edited in a video to build international support and sympathy for the Catalan cause, and encourage people to take part in the V in Barcelona.

Join us to make our wish come true. You can participate in one of these events, organize a V in your town orpromote it to make it a success.

We are ready for independence! 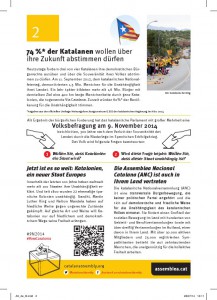 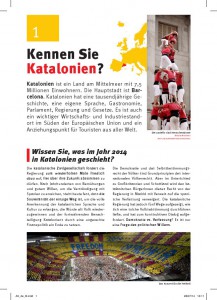